What parents need to know about these popular apps 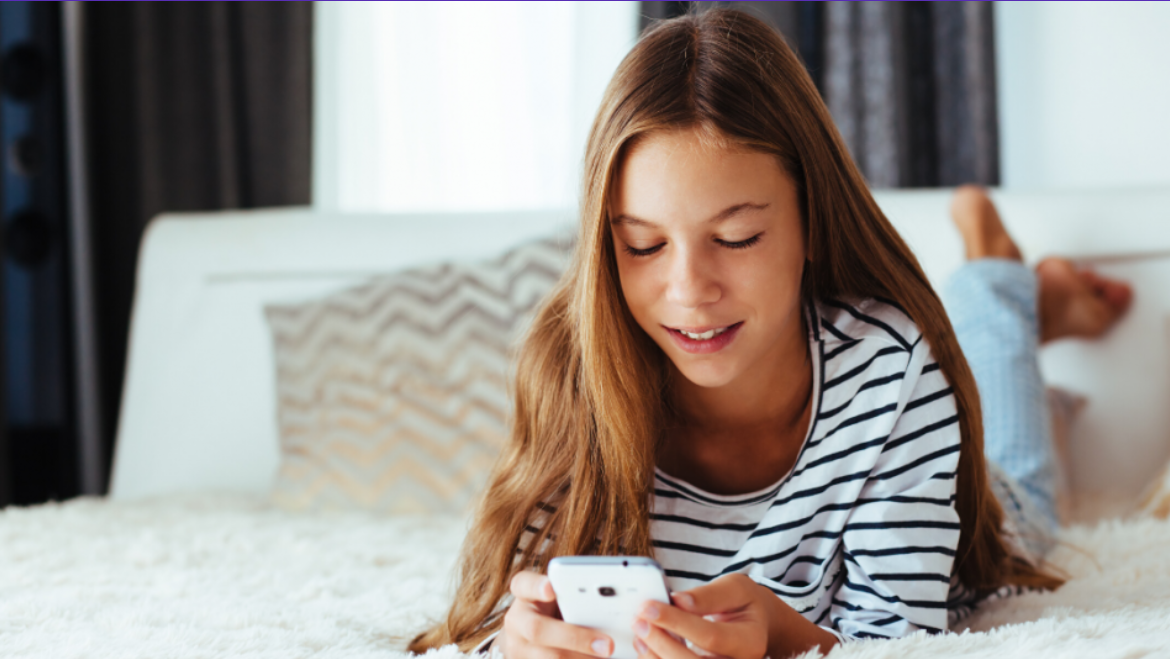 Facebook was opened to the public way back in 2006, which is basically the olden days to our Gen Z/Gen Alpha kiddos. Anyway, it was really the first major social media platform to gain widespread traction (MySpace and MSN don’t really compare although we freely admit to having loved them, too) and we all jumped on board for the novelty of it. Our kids are no different. They’re just as drawn to new and shiny things as us, but, the difference is, there are now new and shiny things for them to discover and explore every single day. With each new social media, gaming or entertainment app that’s released, there are new ways for our kids to socialise, connect with like-minded people and be stimulated by funny, interesting, shocking or illicit material.

The trends in this space move at lightning speed. As soon as we get our heads around one app, it becomes yesterday’s news and another one replaces it. As parents, it can be hard to keep up, but we know we need to. There’s risk inherent in any form of digital engagement, and it’s a digital world that our kids inhabit. So, in this article, we’re going to look at some of the most popular and prevalent games and apps that our kids are into right now and the issues they present for online safety. This isn’t an exhaustive list, so if your child is interested in an app or game that isn’t included here, try the resources listed at the end of this article to get an idea of how safe it is or isn’t, and let us know what you find out!

We’re going to spend a bit of time talking about this one, because TikTok is huge right now. For the uninitiated, TikTok is an app that has taken the reigns from Snapchat as one of the most popular for the tween-teen age group. Formerly a lip-syncing app called musical.ly, TikTok has evolved into a short-form (15-second) video-sharing and video-creation program with over 500 million users. It has a lot of fun and silly content but also a lot of less than savoury stuff.

Last year, the makers of TikTok were slapped with a hefty fine for not adhering to privacy laws that protected underage users and for gathering and selling their data. Due to security concerns, both US and Australian Armed Forces have been prohibited from using the app. But, none of this has slowed its growth.

The problem is, any app with communication capabilities can and will be used by predators seeking vulnerable children. ‘Children as young as six are being groomed on apps like TikTok,’ says ParentTV expert and Safe4Kids Director, Holly-ann Martin. ‘I teach Protective Education to many kids, and most of those I meet in Grades 3-6 are using this app. It’s just so dangerous.’ As well as the capacity for users to comment on videos of people even if they’re not known, TikTok also has sharing and live-streaming functions, so content can’t necessarily be moderated as quickly as it appears and spreads.

TikTok does have privacy settings which can help protect your child, but they may still be exposed to content with mature or disturbing themes in the ‘For You’ feed. While some hashtags promoting self-harm, drug and alcohol use and bullying or featuring explicit lyrics and sexualised dancing have been removed, others proliferate.

As well as the privacy settings, there are other settings available to help protect the user. The ‘Digital Wellbeing’ function has a ‘Screen Time Management’ option that can limit the access of the user to two hours per day (after which time a password needs to be entered) and a ‘Restricted Mode’ which is supposed to filter out adult content (although this is reportedly not that effective). TikTok is also the home of many ‘challenges’ that run the gamut from funny, tame and harmless to pretty dangerous.

The verdict? A lot of commentators are suggesting that TIkTok is really only suitable for kids aged 16+. Make sure you toggle those privacy settings to on, and download the app yourself to see what it’s really like.

WATCH: Why do I need to talk to my six-year-old about pornography? With Holly-ann Martin

Roblox is a multiplayer game-creation platform that allows users to create an avatar to build games, play games built by others, explore and socialise with other users. It can be great for fostering creativity and lateral thinking and it’s pretty tame on the surface, but it does have a few features that parents really need to know about.

In comparison to many other games, Roblox allows parents quite a bit of control over aspects of their child’s experience. The games that kids can access can be limited (as quite a few are violent or aggressive) and chat/messaging restrictions can also be enabled. However, none of these actions are entirely foolproof. There have been many reports of sexual language and racist slurs making it through the filter, with experienced users employing tactics like slightly misspelling words to trick the algorithm. Like any other app with communication functions, your child could be interacting with a user who may say they’re a child but could actually be anyone, anywhere, with any intent. As ParentTV expert and eSafety Educator, Rachel Downie, says, ‘the first rule for any gaming is that the game might be clean but the gamer might not be.’

Roblox has also been hijacked in the past by hackers who have reportedly programmed avatars to be sexual and/or sexually violent and installed third-party chat apps that look like they’re part of the Roblox game. These can be used to lure children into conversation on other platforms. It’s also worth noting that Roblox has in-app purchases and a virtual currency, too.

The verdict? Technically, Roblox is suitable for kids 8 and up, with full parental controls enabled. We suggest checking out this guide from the Office of the eSafety Commissioner before you make a call.

WATCH: What parents need to understand about online gaming, with Rachel Downie

This one’s actually been around for a while, but it’s still going strong and shows no signs of slowing. In fact, Fortnite was the highest-earning game in 2019, making $1.8 billion in revenue. So, what’s the problem? Well, Fortnite has had many of the same issues as other games and apps with communication functions, namely predators posing as younger players and initiating chats or voice messaging with children in the game. There’s also masses of Fortnite pornography online, and while it’s not in the game itself, it could definitely come up if your child searches for info about Fortnite on a search engine. Bullying is also rife and can cross over into the offline world, and there have also been reports of children being promised ‘payment’ in the form of Fortnite currency in exchange for nude photos, or being exposed to explicit content on parallel programs like Discord where players can chat about their game.

But, many of the concerns about Fortnite are less about online safety and more to do with the effect it has on the wellbeing of the kids playing it. Concerns have been raised about the addictive nature of the game, the way it impacts the psychological state, brain function and behaviour of kids, and the violent nature of the gameplay. Not everyone agrees that the cartoon-like aggression featured in Fortnite is actually problematic, but the objective for players is to scavenge for supplies, build structures and find weapons to try and kill off all other players, so violence seems like a pretty intrinsic part of the experience. ‘It doesn’t matter how you couch it, killing games are about violence,’ says Rachel Downie. ‘It’s important for families to decide whether this sort of game aligns with their values. It’s a killing game, and players do a little celebratory dance when they’ve killed someone. This might not sit well with you.’

Fortnite does have parental controls, but there are also quite a few videos online about how to disable them, so whether these work might depend on how resourceful the user is!

The verdict? Hmm. Officially, the rating is for children aged 12+, but this might be a case of deciding what works for your family and enforcing clear boundaries around that. This article might help.

YouTube is such a huge and diverse site that it’s hard to even discuss it as a single entity. So, for the purposes of this article, we’re going to focus on YouTube Kids, because it’s only been around since last year. Many families may have downloaded YouTube Kids in the belief that it’s a safer version of the standard YouTube platform, but we shouldn’t get complacent, warns Dr Kristy Goodwin, ParentTV expert, Psychologist and Digital Wellbeing Expert. ‘Please don’t be duped into thinking YouTube Kids is entirely safe,’ Dr Goodwin says. ‘While it’s supposedly a family-friendly alternative, it’s nearly impossible for the moderators to vet the hundreds of videos that are uploaded every minute.’

YouTube Kids does have some features that many parents will welcome, says Dr Goodwin, like a timer setting for parents to stipulate how long their kids spend on the platform, the ability to suspend the search function, and a capacity to cap the volume. It has no interactive features, so kids can’t chat or upload videos and you can also block videos, which helps ‘train’ the algorithm about what you don’t want to view. But, this doesn’t mean it’s entirely wholesome. As well as cartoons glorifying topics like self-harm, sexual abuse, gun and domestic violence, digital doctoring has been revealed on YouTube Kids, in which a kids’ cartoon-like Peppa Pig is spliced with footage of someone about to be beheaded (yep). Popular kids characters can also be hijacked for videos containing explicit content and adult themes, but still categorised as child-friendly,  as exposed in the ‘Elsagate’ scandal of 2017. The algorithm can present some problematic suggestions in the ‘Up Next’ suggestions too, and paedophiles may still lurk in the comments section.

The verdict? Use with caution and supervision. It’s not perfect, but it’s definitely better than the original platform in terms of children and their safety online.

Well, we hope we haven’t scared the pants off you with all of that! Remember, the digital world and the games and apps within it can hold some excellent opportunities and experiences for our kids, we just have to make sure we’re managing it with them. For more info on this, check out our earlier article, Welcome to the World Wide Web: Getting kids off to a good start online.

And, for more information about online safety, game classifications, reviews and parental controls try these resources:

The Australian Council on Children and the Media