Effect of a nurturing environment on brain development 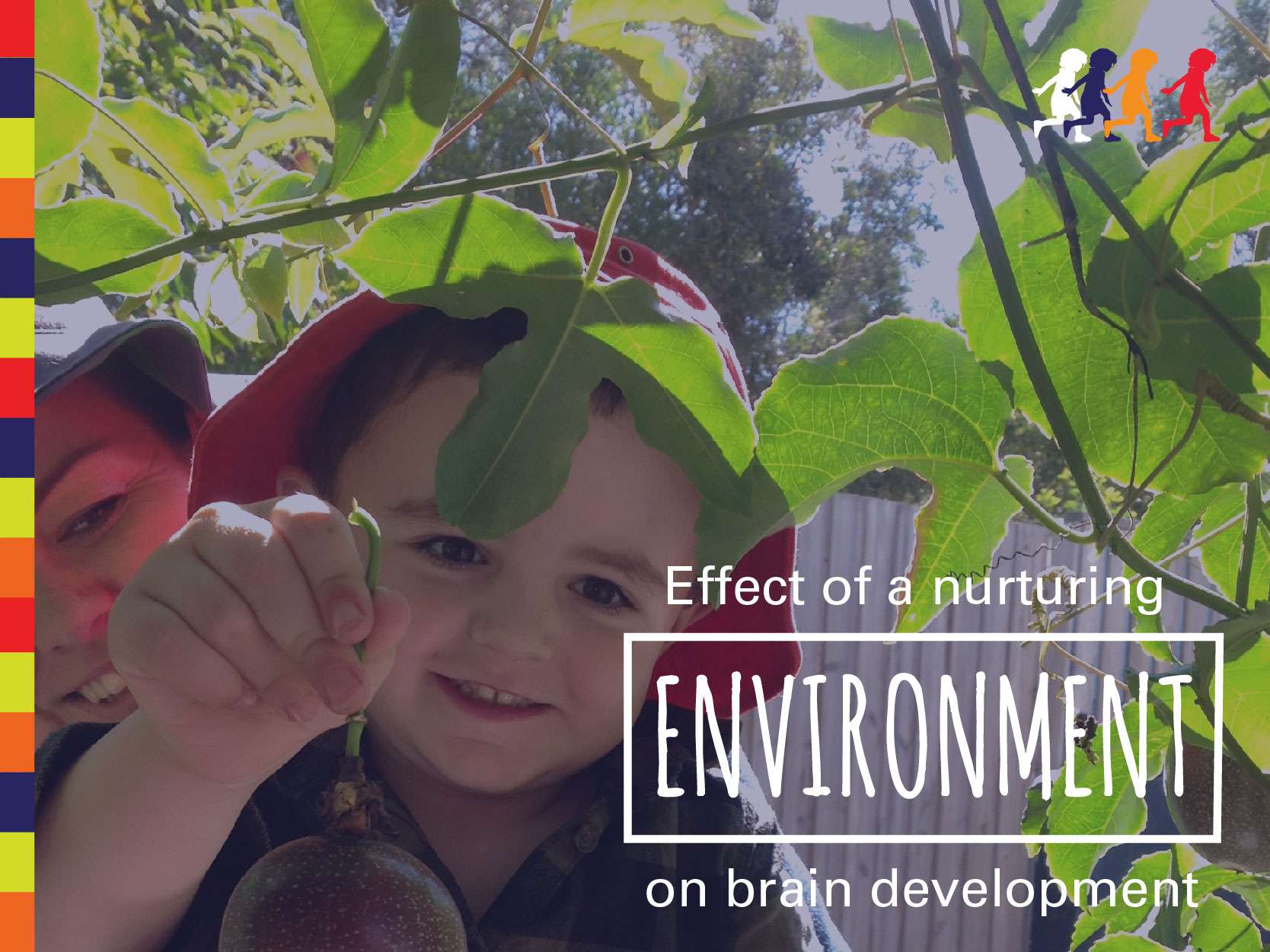 Effect of a nurturing environment on brain development

Children learn a surprising amount in the first few years of life, and some of those lessons shape how they learn and react to the world around them for the rest of their lives. We’ve put together a list of the basic elements that affect a child’s capacity to learn, relate to others, and think both rationally and creatively, and guidance on what you can do to nurture your child’s development in these areas.

Feedback from other people

We learn a surprising amount about how to communicate and respond to people and the world around us at a very early age. Children watch adults reacting to them and other children to figure out appropriate responses that they could give. A child who falls over and is comforted by an adult is more likely to then model that same behaviour to another child who hurts themselves. A toddler who receives positive feedback for completing a task or game is more likely to repeat that behaviour. See some examples of modelling good relationships and providing positive feedback.

Seeing and interacting with new objects, different colours, and unfamiliar people stimulate a child’s curiosity and help them to develop a capacity to adapt to unusual situations. Give children the opportunity to use new toys, experience changes in colour schemes, and explore different environments. Remember, though, that frequent little changes will often be more effective and less overwhelming than large or multiple simultaneous changes. See some examples of things you can do to stimulate your child’s creativity.

Research has shown that children as young as 18 months can recognise and respond to patterns. These can include simple organisational patterns – lining up blocks in alternating colours, for example – or more complex communication and co-operation with adults. Having the opportunity to identify and react to patterns around them assists children to develop societal, maths, language, and music skills. See some examples of play activities that support pattern recognition.

Being able to move around and modify the physical world is a key skill for any child to learn. This involves understanding gravity, knowing where objects are in relation to themselves, and being able to move their bodies to affect that physical world. Children need spatial awareness for simple tasks like reaching out and picking up food that they want to eat as well as more complicated movements like catching or kicking a ball. This spatial awareness also feeds into fine motor skills, like writing or using a screwdriver. See some examples of children learning spatial awareness.